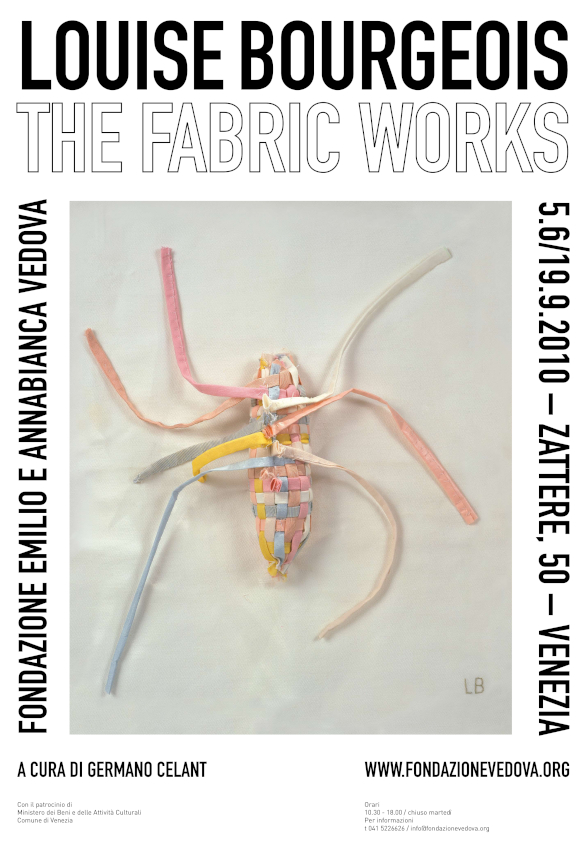 On 5 June an exhibition that is surprising in its novelty will open in the Magazzino del Sale, whose machinery of display has been designed by Renzo Piano. Presenting the work of a dominant figure in modern and contemporary art, the sculptor Louise Bourgeois, it has been curated by Germano Celant in collaboration with Jerry Gorovoy of the Louise Bourgeois Studio, New York. On show in the spectacular Venetian space, in an architectural setting designed to house drawings and sculptures, will be her almost unknown output of works made out of fabric, such as the rich series of her Fabric Drawings, created between 2002 and 2008, and the light presence of her Cells, like Conscious and Unconscious, 2008.

This set of works, enriched by a comprehensive anthology of images of the artist’s entire production of sculpture, is reproduced in its entirety, almost as if to form a general catalogue of the subject, in the volume Louise Bourgeois. The Fabric Works, edited by Germano Celant and published by Skira, Milan.