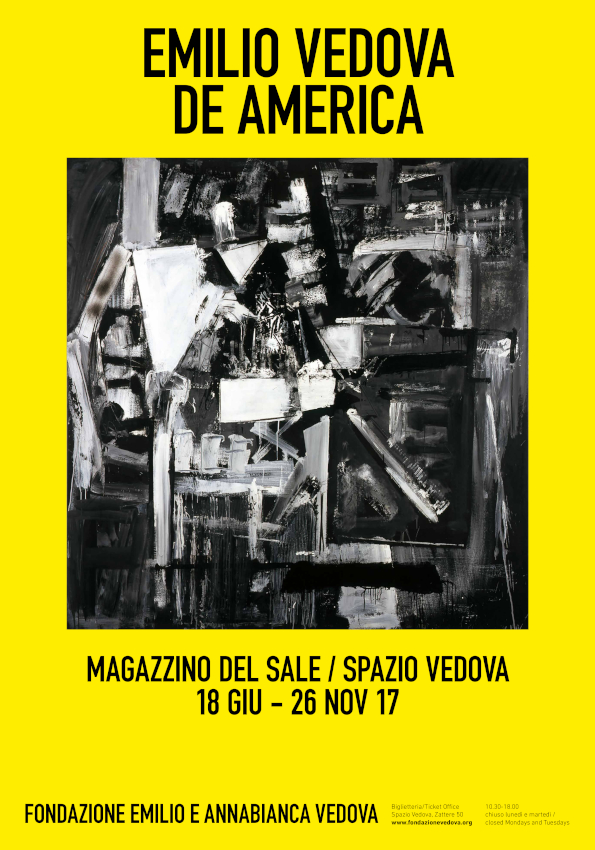 De America cycle by Emilio Vedova, presented in the Magazzino del Sale – where it will be put in motion by the robotic machine designed by Renzo Piano -– consists of 14 paintings on canvas and was produced by the artist between 1976 and 1977. They are all works in black and white and of a large format, which after decades of dialogue with figures on the American scene, travel and collaborations with universities from Washington to Philadelphia, reflect the expressive link between the artist and American art. From the 1940s, Vedova was in constant contact with the language of the artists promoted by Peggy Guggenheim in Venice, from Jackson Pollock to Franz Kline, and often accompanied their research. Through the Venice Biennali, which attracted collectors and directors of overseas museums, his contribution was acknowledged and led to his being awarded the Grand Prix for Painting in 1960 by an international commission chaired by the historian Herbert Read. After the various one-man shows at the Catherine Viviano Gallery in New York, in 1956 he was awarded the Solomon R. Guggenheim Foundation Award for Italy, with the consequent acquisition of a work by the Museum of Modern Art. During the 1960s, he was present in North America with the imposing Percorso/Plurimo/Luce installation in the Italian pavilion of Expo ‘67 in Montreal, talking to new generations at campuses like Berkeley, and swapping notes and opinions in New York with poets and intellectuals from Allen Ginsberg to Dore Ashton. Thus, having acquired a fundamental role in the history of modernity, with De America in the 1970s, Vedova seems to pay tribute to his American experiences and North American art, seeking a connection with the history of Italian art, of which he was a protagonist. The paintings reflect an affinity between the language of the past, the connection with the dynamic and energetic intensity of futurism, and the contemporary affinity with the gestures of sign of an Eastern origin, which established itself through action painting and abstract expressionism. The connection between these two attitudes is made clear by the speed with which the artist’s action is represented in the canvas. It is a projection of free and fluid coordinates and structures, constituting a vision in which the city of history, Venice, grafts with the city of the future, New York. The large canvases are a carmen to the dimension of the transition between polarities that simultaneously attract and repel, ensuring a circulation between alternative energies. Vedova made the subjective experience of his making art co-exist with the linguistic body of a transoceanic vision. He saw himself as a ferryman going to and from one side to the other of the waters that bathe history and current affairs. He acquired and incorporated the informative aggression of the space and signs coming from the new world but mediated it through the luminous transparency of the lagoon. 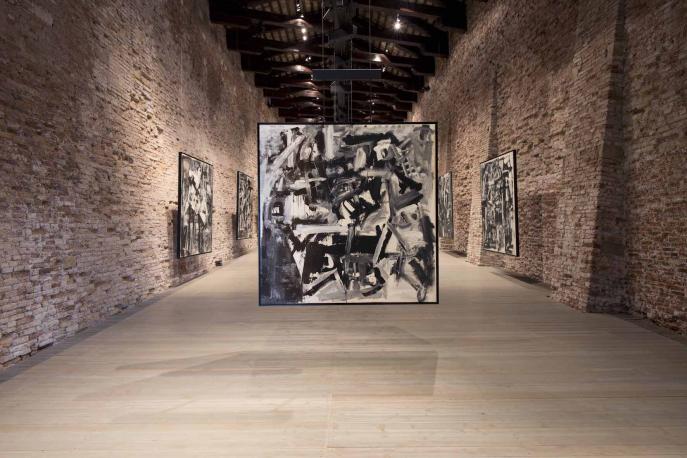 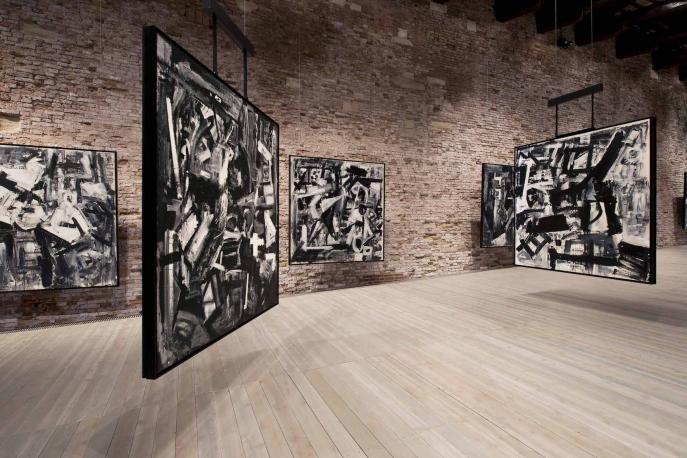 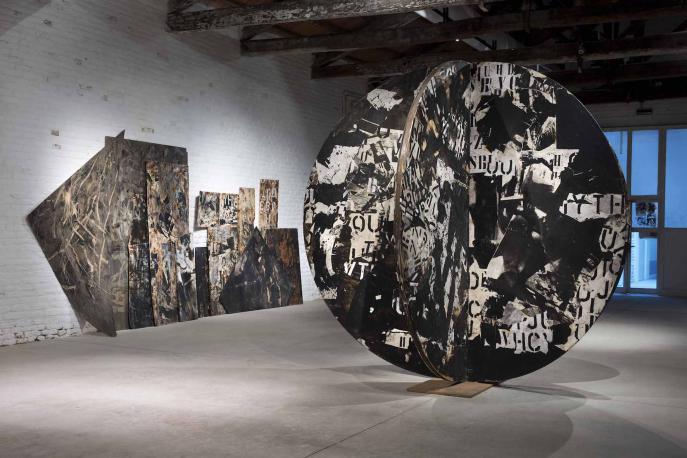